Now only the Cudgel can help! 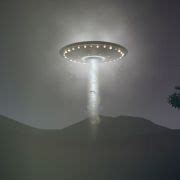 Attachment: Special Document in the Matter.

How about a little more courage for the truth for once!

Please use the warlike situation properly by immediately taking the political leadership in Kiev carefully into custody, because these mentioned persons are not healthy and cannot be held responsible for their actions for a long time.

On this occasion please make the Authorities, preferably my person publicly and worldwide known!

These ill Ukrainian rulers play with values of other politicians like with Mr. Steinmeier, in the hope that he would conceal this incident publicly, so that he can become face-saveing, in order to receive also by him as much as possible and ever more war material and financial assistance from the FRG and at the end of the war to "fleece" the FRG as financially as possible or however to screw down to the same socially weak level of the Ukraine.

In the retrospect then also still claim, one did not know anything from this disinvitation of the Federal President, is quite simply a diseased social behavior of the Ukrainians!

Also these diseased ones have always accepted a nuclear war or Third World War, if not even forced for a time, what they will certainly do again with threatening defeat!

Please inform the warmongers also of Ukraine and thus preferably the brothers Klitschko, the president Selenskyj and the embassador Mr. Melnyk subsequently of the detained persons about the existence of my person.

Inform please the Ukrainians about the situation, in that please immediately the war with Russia must have an end and in that the Ukrainians will withdraw with white flags and the respective national territory if necessary will leave to the Russian!

Why should die still more young men and fathers of children by weapon force, which can make no sense at all more, as both sides of the war parties will be only the losers!

Every warmonger and every responsible person in politics and in the military is directly guilty for the death of his fellow men or soldiers, no matter for which reasons people were sent to certain death.

Even if it should be about the defense of the fatherland between two or more unequal peoples, many of the soldiers have been sent to the death intentionally, and so the warmongers on both sides have made themselves complicit by the many dead!

A defense with military weapons is only legally valid and legitimate or even necessary, if mankind is threatened by unknown hostile flying objects, for which basically and exclusively dangerous weapons of mankind may be produced and should be available!

Every guilty responsible person of the warfare is basically negatively coupled with the death of every killed civilian or soldier in the war indirectly to the hereafter and this was already from time immemorial the case!

What was not the case from time immemorial, that is the new situation in which the world is in by an announced end of the time, however, also already a step was done into the new beginning and into a new order of the world.

For you as the warring parties and for many other criminal political regimes like warmongers or for example commanders, who violate human rights by a killing of a human being by wars, torture or maltreatment, it should be reckoned with the fact, that in the end time in which we all are, the dead or rather the souls could make themselves felt with the warmongers or causers of the killing of a human being, therefore with his murderer, but also with the family members of the deceased!

This can be of course very unpleasant or even dangerous for the carrier of the killed souls, but it is necessary to accomplish this high consideration as a warmonger or even war criminal, because otherwise it will have even higher consequences for these involved warmongers and concerned after the (criminal) life.

It is necessary for the side change of every life-account of a person to come on the positive side of the life and the connection belonging to it!

Every soldier or civilian who has killed another human being by the coercion of a led war probably does not come into this mentioned demanded consideration of the warmongers or war criminals.

Should the respective dead by the war or wars be in an additional connection by family members with a transacted abortion, then Ufos could be activated in the Monumental-Area behind the horizon, which will hopefully find back to the earth (counter entrance of the black holes/? or reversal of the sides) and this kind of the return requires quite special attention by these Ufos hopefully not to be shot down or if necessary only in the atmosphere!

If this control is already in human hands, then the Ufos should come to rest on the seabed.

Just in case and for possibly one or two more alien hostile species or also for colliding asteroids, mankind needs these expensive weapons, which are currently misappropriated by the war, whereas my person would rather not decide where one or the other alien species may be shot down, although the universe belongs to the Creation.

Of course, at the end of the time there are still other kinds of death in masses, particularly topically is unfortunately the death by suffocation by the CORONA pandemic or by the drowning of the refugees in the oceans or however by a gassing, what happened unforgotten by the Holocaust with the Jews, whereby at this point President Selenskyj is addressed as a Jew in addition, what will also be connected again with the return of the UFOs, but could also be connected with the oxygen supply of the Creation and the created part in the UFO!

In addition it must be mentioned that at the end of the time at least one "Noah's Ark" will come down and everything could move and perish, but in this moment or afterwards probably the decision for or against the reorganization of the world will fall.

If the decision for the "new creation" of the earth should fall, then the borders of the countries will be kept certainly all, with the Crimea will possibly go to Russia, what is directed by my person as an offer to president Putin and he has in the hand!

The whole is highly complicated and a lot cannot assert my person with certainty, but the whole should be verifiable or comprehensible for the mankind at the end of the time, what is unfortunately time-consuming.

Thus my person would like to urge again to be allowed to regard the requested mansion in the Hanseatic city Hamburg as her property, by moving the activity or the office of my person to Hamburg, since Hamburg is as well known the gate to the world.

Or: The more soldiers or civilians will die by the warmongers or have even died, who have got into a connection to an abortion by family members or have forced this connection themselves, the more feedbacks from the hereafter to this mortal World bring back the negative connection (devilish connection) to the causers of the "killed" or to their murderers.

The more killed are in no connection with abortion, the more stable is this above-mentioned cycle, which is connected with the next cycle!

President Selenskyj, at least come to yourself very quickly and do something with your life!